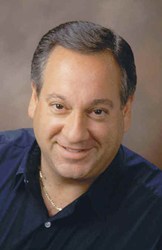 This is an impressive quarter, the first in a long time. T-Mobile USA has always been, well, that quiet company in the background, owned by foreigners, who didn’t seem to fully understand the US marketplace. They have gone through several CEO’s and management and have still not captured the imagination. However that may be changing, says Principal analyst Jeff Kagan.

T-Mobile has just announced a very impressive quarter. Can they keep it up is the question on everyone’s mind, says industry analyst Kagan.

T-Mobile’s new CEO John Legere comes Global Crossing. He is a very up front, in your face CEO. Not a traditional, quiet, in the background CEO. He has brought several ideas to the market, which not only are transforming T-Mobile, but may transform segments of the entire wireless industry. If they are successful that is, says Kagan.

We’ll keep our eyes on Legere and see what T-Mobile does going forward. They still have a long way to go. However so far, this quarter is impressive, says Kagan.

Jeff Kagan is a Technology Industry Analyst and consultant who is regularly quoted by the media over 25 years. He offers comment on wireless, telecom and tech news stories to reporters and journalists.

He is also known as a Tech Analyst, Wireless Analyst, Telecom Analyst and Principal Analyst depending on the focus of the story.

Clients: Call or email Jeff Kagan to discuss becoming a client. Kagan has worked with many companies over 25 years as consulting clients.

Kagan is an analyst, consultant, columnist and speaker.