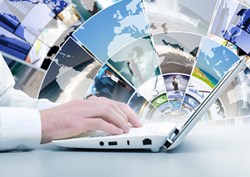 idcloak publishes a new advisory article AOL email hacked What to Do which was inspired by the authors own experience after her father suffered a hack and attempted fraud. Robin Welles used her tech security background to recover and protect the email account. The article explains her course of action.

During a trip abroad, my Dads email account was compromised, and every entry in his address book received a mail saying he had been abducted at gunpoint, tells Welles. Money was demanded for his freedom.

The hackers were clever. They timed the attack when he was actually abroad, so his contacts had some reason to believe the abduction had actually occurred. The hackers then deleted his address book so he could not send a counter message to warn his contacts of the attempted fraud.

Fortunately, the victim was reached over the telephone by all receivers of the email and no money changed hands. Welles says it could easily have ended much worse.

Two things surprised me during the episode, says Welles, First, there was so little good advice available online on how to recover and secure an email account. Second, even the email providers help desk made just one suggestion change the password and said nothing of what he should do if that failed. When the password change didnt work, my Dad came to me.

The article points to the 13 actions that Welles carried out to regain control of the account and protect it from follow-up attacks. Although many of the actions might be considered conventional, Welles says its the order in which they are carried out that is key, Its still good advice to change your passwords, but you need to be sure that the attackers cant repeat the method they used to break in the first time. For example, they might have come in via a Wi-Fi sniffer, or by a keylogger infection which informs the hacker of everything typed into a computer’s keyboard (see What is a Keylogger?). Thats why its a good idea to do thorough spyware scans, set up an anonymous VPN Service and use a password manager like LastPass with a virtual keyboard. That way you have covered all bases.

Welles and her team have composed several hundred advisory articles in the idcloak.com Knowledge Center. A separate piece on how to cope with a hacked hotmail account is also available.

idcloak.com is a Dallas-based developer of proxy-based security and privacy solutions.