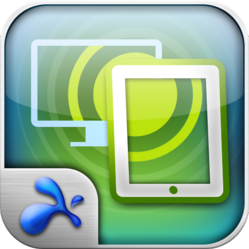 Splashtop Inc., the worldwide leader in cross-device computing, today announced that Splashtop Remote Desktop for Windows 8 is now available in the Windows Store. As a consumer preview version, Splashtop Remote Desktops user interface is optimized for Windows 8 native gestures, including an easy to use, drag-and-drop computer favorites list and the ability to swipe to reveal hidden menus.

Now Windows 8 users can enjoy Splashtop Remote Desktop, along with more than seven million Splashtop users of mobile devices, from tablets to smartphones, who access their Windows-based PCs and Macs to remotely run applications, view and edit files, watch HD movies and play graphic-intensive games at up to 30 frames per second.

With Splashtop Remote Desktop for Windows 8, we are continuing to deliver on our promise to be the industry leader in cross-device computing, said Mark Lee, Splashtop CEO and co-founder. Splashtop is excited to work with Microsoft to offer their users the best remote desktop experience for personal productivity and business applications.

Splashtop is a great example of reimagining an existing application as a Metro style app, said John Richards, senior director, Windows Partners and Developers at Microsoft Corp. It takes advantage of new features in Windows 8 and delivers an experience that works across Windows 8 devices of any form factor.

In addition to supporting Windows 8, Splashtop is also available for iOS and Android devices.

The consumerization of IT and proliferation of mobile devices is leading to adoption of Splashtop by businesses. The Splashtop Bridging Cloud ensures reliable, secure and high performance connectivity across multiple devices, while offering IT, system integrators and service providers policy-driven control.

Splashtop has won the prestigious Most Innovative Product award from PC World, the Best of Whats New award from Popular Science and the Best of 2012 CES award from LAPTOP Magazine. The company is headquartered in San Jose with offices in Beijing, Hangzhou, Shanghai, Taipei and Tokyo. For more information, visit http://www.splashtop.com.