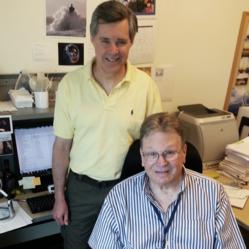 Analytical Graphics, Inc. (AGI), the producer of commercial modeling and analysis software for the space, defense and intelligence communities, has been awarded a patent for work by James Wright and Dr. James Woodburn. Entitled Nonlinear Variable Lag Smoother, the patent (U.S. patent 8433544 B2) enables the solution of a new class of problems in estimation and control, with particular applications to spacecraft orbit determination.

Learn about all of AGI’s patents here.