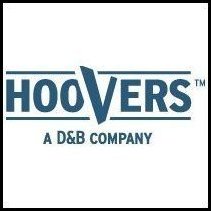 Hoovers, Inc., a D&B company that gives its customers a competitive edge with insightful business information about industries, companies and key decision makers, today announced the May 2006 edition of The Hoovers 100, a monthly list of the companies most searched on Hoovers Web site (http://www.hoovers.com).

Derived by tracking the search requests of Hoovers subscribers, The Hoovers 100 company list provides insight about those companies being most closely watched by corporate executives, as well as sales, marketing, and business development professionals, who represent a large portion of Hoovers customers seeking business intelligence. The Hoovers 100 officially launched last month and will be updated monthly.

There was plenty of movement on this months edition of The Hoovers 100. Some companies like Wachovia announced huge deals, while others like YUM! Brands reaped the rewards of big advertising efforts, said Tim Walker, Hoovers industry analyst. Intels rise in the May rankings came from a mix of good and bad news. Intel is still a powerful company, but these days it seems bewildered about which direction to go.

The news behind the biggest movers ranged from strategy shifts, to major sponsorship deals, to top executive moves and acquisitions.

For the longest time, Intel has been a synonym for juggernaut in the microchip business. But in recent years, perennial also-ran Advanced Micro Devices the #2 maker of microprocessors behind Intel has eaten into Intels seemingly unassailable lead in the market for computer CPU chips. This spring Intel CEO Paul Otellini, who took over the companys top spot just a year ago, announced that the company would undergo a period of strategic self-examination as it tries to forge a new direction for itself. A first step will be making its new Core 2 line of energy-efficient microprocessors as popular as its aging Pentium brand.

The recipe for Kentucky Fried Chicken really was invented in Kentucky, and now the corporate parent of KFC makes its headquarters there, too. YUM! Brands operates more fast-food outlets than any other company; besides KFC, it owns Pizza Hut, Taco Bell, and Long John Silvers. In May, the company called attention to itself with the first installment of its multi-year sponsorship of the Kentucky Derby. Besides highlighting YUM! Brands Kentucky roots (it is the second-largest public company based in the state, after Humana), the horseracing sponsorship is meant to boost awareness of the company among potential individual investors. In a very different sort of race held at the end of May, YUM! Brands sponsored Marco Andrettis second-place car in the Indianapolis 500.

Goldman Sachs usually makes headlines because of its seeming ability to print money. Now Goldmans chairman and CEO, Hank Paulson, is slated to take over the outfit that actually prints U.S. money the Department of the Treasury. Besides being one of the most powerful people on Wall Street, Paulson is a committed environmentalist. He is an avid hiker and birdwatcher, and serves as the chairman of The Nature Conservancy. Pending Senate confirmation of his appointment, Paulson will take the Cabinet role first held by Alexander Hamilton, and hand off the Goldman reins to company veteran Lloyd Blankfein.

In the world of big banks, consolidation is the name of the game. Wachovia Corporation, itself the product of First Unions 2001 purchase of the old Wachovia, has executed a string of acquisitions to keep pace with larger rivals Citigroup, J.P. Morgan Chase and Bank of America all of which have been on long buying sprees of their own. After buying Westcorp and its WFS Financial subsidiary earlier in the year, Wachovia came back into the limelight in May when it announced plans to acquire the big California-based thrift Golden West Financial for more than $ 25 billion.