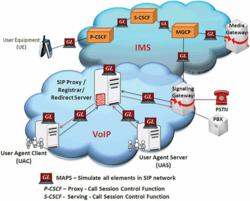 He further added, MAPS can be used to simulate any interface of the VoIP network. A single MAPS can act as more than one SIP entity at a time and can generate any SIP message on wire in VoIP network and hence equipments needed to test are reduced.

Mr. Vadalia further added, GL also provides a Packet Analyzer for on-line capture and decode of the SIP signaling in real-time both during tests and as a stand-alone tracer for live systems