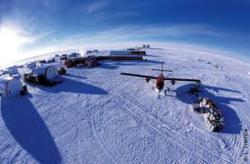 The sciences website EurekaMag.com publishes insights into all areas of natural sciences including biology, agriculture, horticulture, forestry, geography, environment and health. Drawing from this pool of scientific disciplines, it publishes articles, reviews and insights on natural sciences topics including those which have recently attained attention. While the Sciences Research Category contains over 36 million references, most of the reviews are included in the Sciences Keyword Category of the online science magazine. The latter category now includes three newly published insights into the Great White Shark, Homo Erectus and Vostok.

The EurekaMag.com insight into the Great White Shark covers Carcharodon carcharias which is a large lamniform shark found in coastal surface waters in all major oceans. The Great White Shark is known for its size, with the largest animals exceeding 6 meters in length and 2.3 tons in weight. With a life span of over 30 years it reaches maturity at around 15 years of age. The EurekaMag.com insight covers gas chromatography analyses to reveal DDT concentrations in various apex marine predators. The total DDT concentrations in livers of juvenile white sharks were higher than other non-elasmobranch apex predators. It also covers the market demand for shark fins which in general has continued to grow. The value and extent of utilization of white shark fins in trade, however, has been controversial. Some researchers have demonstrated that illegal trade in fins of this species is occurring in the contemporary international market. They furthermore document the presence of fins from very young white sharks in the trade, suggesting a multiple-use market exists for fins of this species. The insight also presents research on an amplified fragment length polymorphism method to reveal allelic diversity. These studies reveal that both the endangered sand tiger shark and the great white shark display relatively high levels of genetic diversity.

EurekaMag.com presents an insight into Homo erectus which is is an extinct species of humans that lived from the end of the Pliocene epoch to the later Pleistocene, about 1.3 to 1.8 million years ago. The species originated in Africa and spread as far as India, China and Java. The EurekaMag.com insight covers problems about the Homo erectus movements and distribution of Acheulean Industrial Tradition in West Asia. Recently, the fossil remains of Homo erectus found in Dmanisi (Turkey) and their very old dates around 1.8 million years put forward the importance of Anatolia. Homo erectus who came in Anatolia by following the Levant Corridor might used the Anatolian bridge for passing to the Transcaucasia. The review also presents studies seperating Homo erectus from Homo sapiens. Casts of Homo erectus fossils from Indonesia, China, and Kenya and of archaic Homo sapiens from Kabwe and Petralona, as well as ten modern human crania, were used as the primary comparative sample. The modern humans were well separated from the fossils in a graphical superimposition of Procrustes-aligned semi-landmarks as well as in principal component and canonical discriminant analyses.

The EurekaMag.com review of Vostok covers the Russian Antarctic research station which is at the southern Pole of Cold, with the lowest reliably measured natural temperature on Earth of 89.2