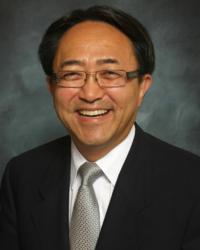 Dr. Morishita has been an outstanding leader for education, and a dedicated advocate for Asian and Pacific Islander communities, stated Assembly Member Hayashi. He serves as a tremendous inspiration for young people.

Dr. Leroy Morishita is the fifth president of California State University, East Bay. He was appointed to the position in January 2012, after serving as interim president for six months. Previously, he was executive vice president for administration and finance, as well as chief financial officer at San Francisco State University.

Dr. Morishita has dedicated his career to advancing higher education, with more than 30 years of experience as an administrator and an educator. His work has spanned diverse areas from counseling, computer sciences and research, to budget planning and finance. He has been involved with his local communities, serving as a trustee of the Institute of Buddhist Studies in Berkeley, and was a former board member for the Japanese Cultural and Community Center for Northern California and Oaklands Asian Community Mental Health Services

Assembly Member Hayashi is the Chair of the Business, Professions, and Consumer Protection Committee and serves the 18th Assembly District, which includes San Leandro, Hayward, Dublin, most of Castro Valley and Pleasanton, and a portion of Oakland, as well as the unincorporated areas of Ashland, Cherryland, San Lorenzo and Sunol.